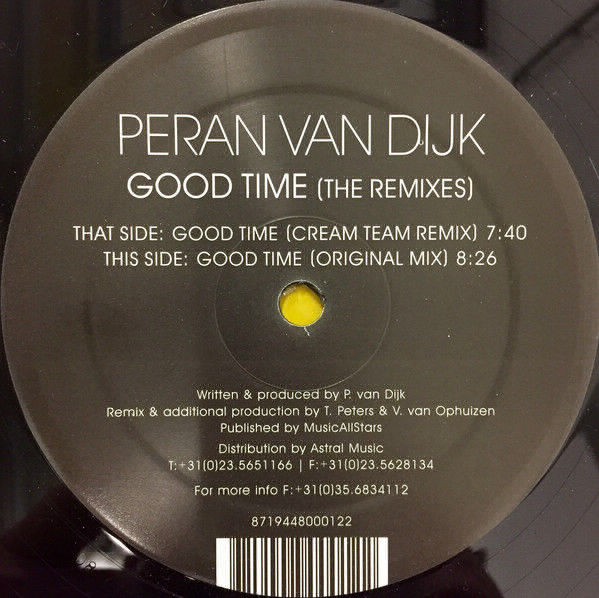 Now make your own remix of

A little background story of the song : This was the first track I released on Spinnin Records. The record label that I started together with Eelko van Kooten in the early days around 1998. We planned to run the label with just the two of us, and at that early time the label had a different name : Toppassion records. But I stepped out of the project because i was busy on tour in the US all the time. We still kept working together on a publishing base.
A new good A&R was found for the label: Roger, who previously worked at Rhythm Import Records, and the Toppassion label name was now changed into Spinnin Records. Roger asked me to make a song project for the label. About a week later I gave him the song Good Time ! The catchy track inspired by the popular trance sound became an instant succes in the first weeks of its release and reached the top 40 in the UK. The lead synth sound I played in the melody, came from the popular Virus B synth at that time. In combination with the AKAI s1000 for other sounds and Yamaha O2R , and Roland U220.
For mixing and mastering I used the Vengaboys Studio's in Hilversum where i used to hang out long nights, playing melodies and creating beats.
It definitely was a good time and it still is. Enjoy the free samples !